How did Champ break his driver before the final round 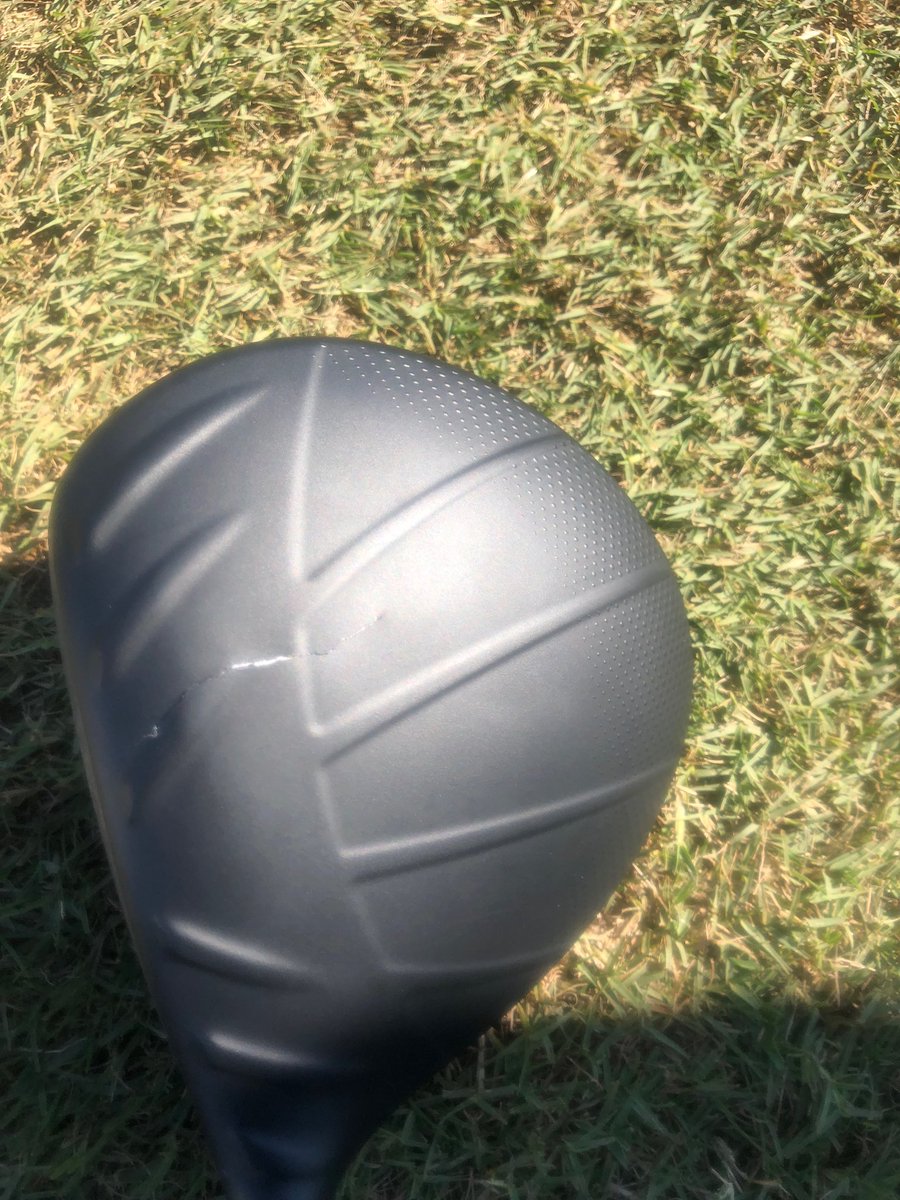 Cameron Champ’s reputation precedes him. The 23-year-old rookie arrived on the PGA Tour known for the brutal power he unleashes with each and every swing he takes with his driver. And that only came into clearer focus in his first official event as a tour member, the Safeway Open earlier this month. In Napa, Champ led the field in average clubhead speed (129.66) and ball speed (192.67 mph), which easily outpaced the top average numbers from the 2017-’18 season (124.67 from Keith Mitchell and 182.22 from Trey Mullinax).

The power game was again on display at the Sanderson Farms Championship, where Champ led the field in strokes-gained/off the tee through 54 holes. But this time around, he offered a new way to showcase his unique talents. On the driving range Sunday at the Conutry Club of Jackson (Miss.) roughly 30 minutes before teeing off in the final round with a four-stroke lead, Champ did this to his Ping G400 Max driver:

RELATED: Go behind the scenes of a range session with Cam Camp in our newest "Undercover Lessons" instruction series

The scary part of this wasn’t that he did it; you’ve got to believe this isn’t the first driver Champ has cracked in his career. Rather, it was the nonchalant way he rolled with it. Here’s a guy trying to win his first PGA Tour title and he’s got a four-stroke lead heading into the final 18 holes. Any outside distraction would seemingly be a nerve-jarring calamity.

Yet by all reports, Champ handling the situation, well, like a Champ. Golf Channel commentator Justin Leonard says he overheard Champ talking to his father, Jeff, on his cellphone, asking him to retrieve a back-up club. And there apparently was no panic in Cameron’s voice: “Don’t worry, not a rush, I’m not going to hit it until the third hole.”

Sure enough, Champ’s backup was up to the task, as was Champ himself. He led the field in driving distance on Sunday (311.7 yards). And despite a few anxious moments mid-round, where he let the four-stroke lead to start the day disappear, Champ regrouped to make five birdies over his last six holes and win by four.

“It was very unexpected,” he said. “Then my backup is actually my old one I have that week. I didn't bring a new new head. It was an older one from my previous driver. I know the weighting was just a little bit off, so just tried to hit as many balls as I could on the range with it just to get used to it a little bit.

“I tried to manage it. Obviously I knew mostly today was probably mixed with nerves and adrenaline and just trying to find my tempo and my swing and whatnot.”

Apparently it will take more than a cracked driver to rattle Champ.