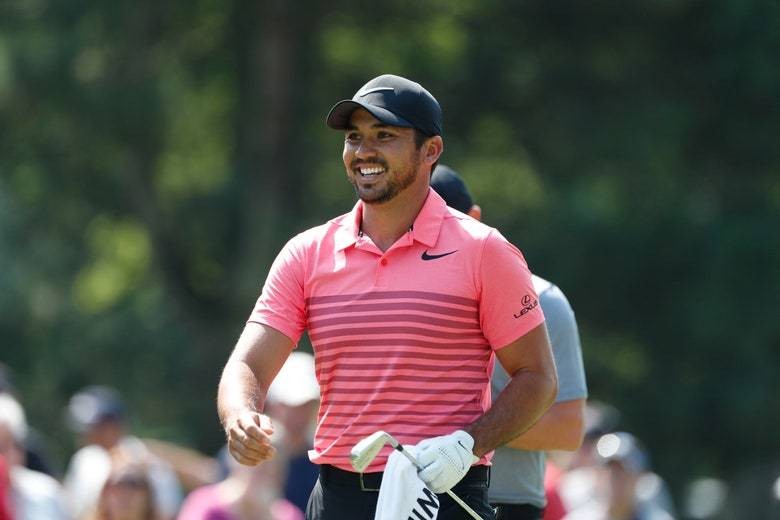 CHARLOTTE — Tournament press conferences tend to be tedious affairs. No matter the track, event or player, the responses are so repetitive -- "The course is in great shape," "My game feels good," "I like my chances" -- one could craft a bingo board game. Admittedly, the media's uninspired questions don't help, but on the whole, these rodeos provide little of substance.

But, through this fog, there is a hero, and his name is Jason Day.

Thanks to injuries and his mother's battle with cancer, Day's 2017 has fallen short of the marvelous standard set the previous two seasons. Nevertheless, if there was ever a bounce-back platform, it would be the PGA Championship, a tournament where the Aussie has finished first and second in his past two appearances.

And, as a former Wanamaker Trophy owner, Day was invited to Tuesday night's Champions Dinner. Though lacking the gravitas of its Augusta National counterpart, the event is still one of the marquee events of the week, highlighted by the reigning winner bestowing gifts to past champions. At Quail Hollow, this manifested in astrophotography aficionado Jimmy Walker handing out telescopes to the prestigious group.

While an extremely thoughtful gift, Day couldn't help but craft a juvenile, but an extremely funny, response when asked what he thought of the gift.

Hey, we're all kids at heart.

As Day admitted, the telescope probably trumps his gift of Yeti coolers last year at Baltusrol. Still, no matter what his position on the score board this week, the 29-year-old's barb makes him a winner in our book.