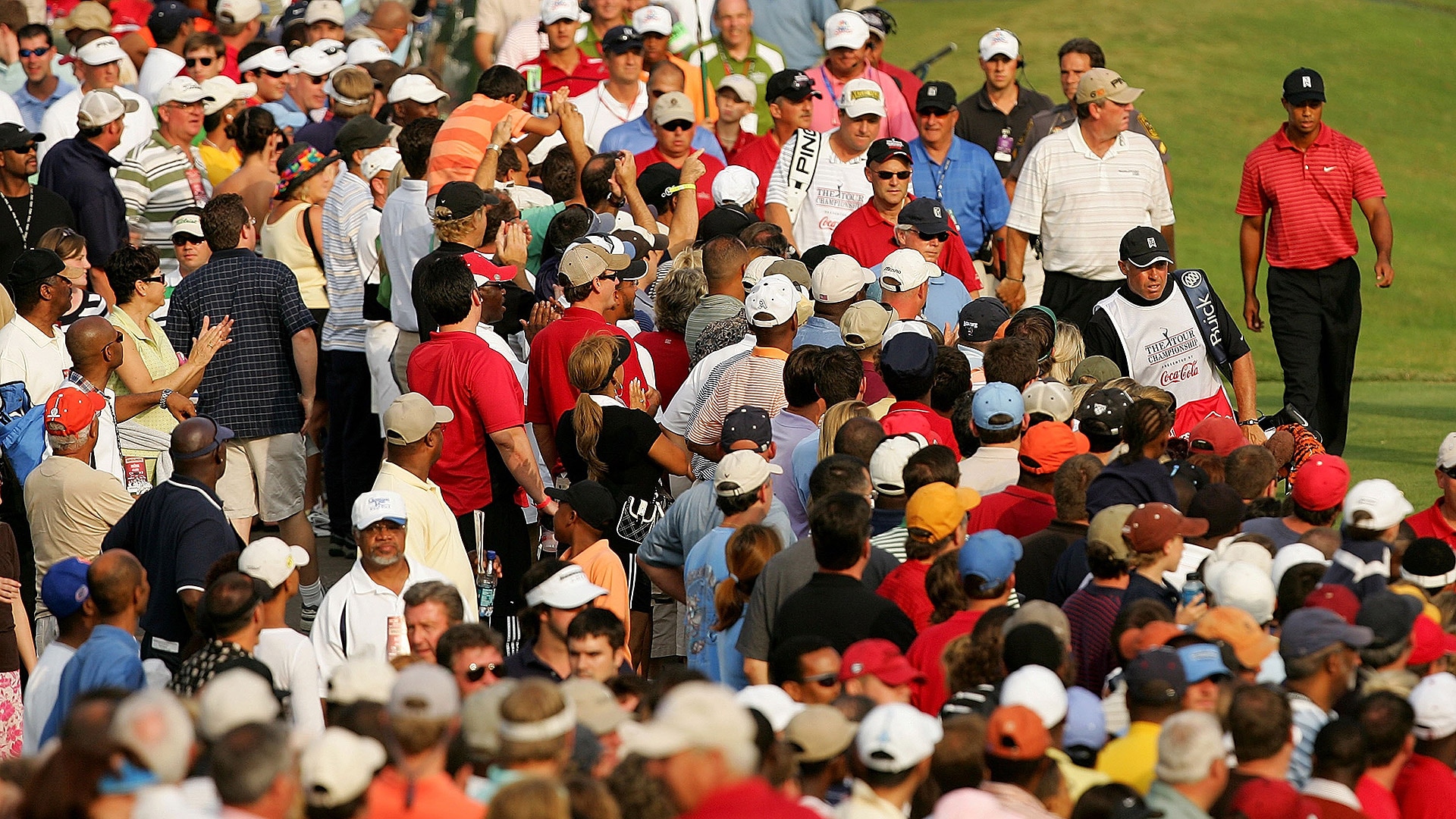 Tiger Woods' competitive streak is well-documented, but even Woods sometimes lets his guard down to show a softer, gentler side. An eight-shot lead on the cusp of an eight-figure payday proved to be just the combination to unlock one such instance.

The scene was the 2007 Tour Championship, the first of the FedExCup era. Woods was his usual dominant self, and teed off with the lead in the final round alongside veteran Mark Calcavecchia. Calcavecchia was 47 at the time, enjoying a resurgent season in the twilight of his career that included a win at Innisbrook earlier in the year.

While Calcavecchia tied for the lead with a birdie on the first hole, the result wasn't in doubt the rest of the way as Woods distanced from the 30-man field. By the time they reached the final hole, Woods was up by eight and about to close out the Tour's first $10 million payday as the season-long champ. But as Calcavecchia explained on the Talk of the Tour podcast, the dollar figures for the rest of the field were still hanging in the balance.

"I do remember on 18 though, the long par-3. ... I hit it on the green and I was tied for second," Calcavecchia said. "Tiger hit it 20 feet from the hole. I blasted my first putt about 8 feet by, so I said, 'I'll finish.' And he walked by around me and said, 'Take your time. This is an important putt, take your time. Take your time and knock this one in, will ya?'"

Calcavecchia heeded Woods' advice and knocked in the par save to retain a tie for second alongside reigning Masters champ Zach Johnson, eight shots behind Woods. That gave him a $619,500 payday, while a miss would have meant a tie for third with Sergio Garcia and only $409,500. Throw in his $600,000 bonus he got for finishing eighth in the season-long standings, which would have been reduced by at least $50,000 with a miss, and the season-ending putt had some serious financial repercussions.

And in Calc's view, he had Tiger to thank for the extra bump to his bank account.

"He knew it was probably a $300,000 putt or something. And somehow I took my time and made it," Calcavecchia said. "I'll never forget that, that he came up and said that to me at the time. So that was pretty cool."