The back end of last week was a big week for the Els for Autism Foundation as it was the fifth edition of the Golf Challenge Grand Finale in Las Vegas.

As I think you know, the Grand Finale is for those teams that have raised over $13,000 for the Golf Challenge that takes place across the US and Canada in the summer. This event has become like a gathering of family and it was great to see so many familiar faces and share plenty of stories. It is also a great opportunity to celebrate everyone’s achievements and dedication to support Autism.

We were blessed with some good weather, even though we were a little later in the year than previously, and we played some great golf courses and had some amazing entertainment. The Autism seminar was also well attended so all in all it was a fantastic event. Please click here for the full story from Vegas. Also click here to watch a video celebrating some of the work that we are doing at Els for Autism. 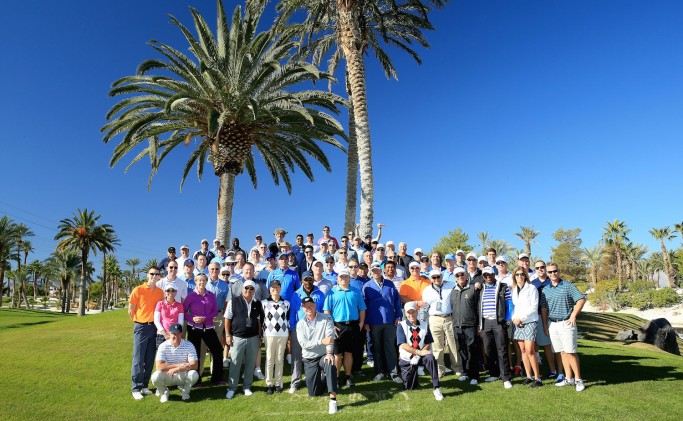 Getting back from Vegas on Sunday I was looking forward to the next few weeks in South Africa. Unfortunately, it’s with some regret that I’ve had to announce my withdrawal from next week’s Alfred Dunhill Championship and the following week’s Nedbank Golf Challenge, due to a re-occurrence of a niggling injury that caused me problems earlier this season. These are not decisions that I ever take lightly. Honestly, I hate to withdraw from tournaments, but in the circumstances it really is the only sensible course of action. These two events are superb and have very strong fields and I send my sincere apologies to the tournament organisers, the sponsors and obviously the fans too. At the same time, I send my best wishes to everyone involved and hope that the two weeks are successful and enjoyable. I’m sure that will be the case.

Just in the last couple of days there was some big news for the European Tour and also the Sunshine Tour. Firstly, there was the announcement that European Tour members will now only need to play in five events, excluding the four Majors and the four WGC events. It is a subtle but bold change that I think will make the European Tour stronger, allowing those just outside of the top 50 in the world to better plan their schedule.

Secondly, in the same announcement from European Tour CEO, Keith Pelley, there was some big news for South Africa. The Nedbank Golf Challenge will become one of the three events that make up the European Tour’s new look ‘Final Series’ in 2016. It represents an exciting new era for the Nedbank Golf Challenge and a wonderful boost for the Sunshine Tour. The field will go up from 30 to 72, and the prize fund increased to $7 million, which of course is going to attract a lot of top players to South Africa and provide a showcase for our beautiful country. That’s great news all round for South African golf.

I think everyone knows that for me personally the Nedbank Golf Challenge has a special place in my heart. I made my debut there way back in 1992 (hard to believe!) and had that nice little purple patch where I won it three times in the space of four years around the turn of the century, so obviously there’s a lot of fond memories there for me.